This wine has a deep red color with shades of purple. La Guinardera 2009 has a truly amazing nose. It has a penetrating aroma, complex, profound and subtle. Initially displays notes of plum and redcurrant jam and later appear notes of cinnamon. It is a structured fruity wine, ripe tannins, smooth and dense. It is very fresh, long and persistent. This is truly A remarkable Garnacha: La Guinardera! 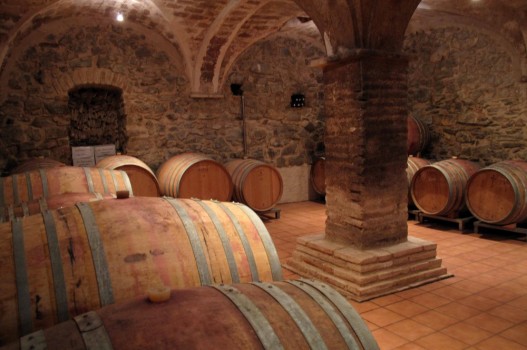 Aged 12 months in 300 liter barrels, from the best French oak forests of Europe (Q. Petraea) using only second year wine barrels.
The grapes used for the production come exclusively from the estate La Guinardera, with an area of ​​2 hectares. The Guinardera is located at a hill on 250 meters altitude. Exposed to the sun and the four winds, which ensures optimum ripeness and health. 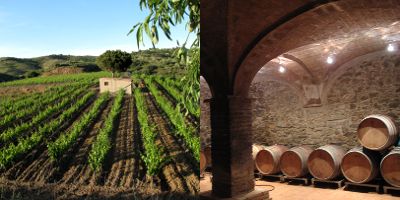 Both the Balaguer and Cabré families are steeped in the grape growing and winemaking tradition and have contributed to the evolution of wine production in the Priorat region for three generations. Currently, Balaguer i Cabré Winery, after leaving the families’ old cellars, is located in the historic district of Gratallops, in a building remodelled for the purpose of producing wine. The old house consists of a vinification room, an ageing room and a room for wine tastings with magnificent views of the winery’s estates.

Between the estatesLa Guinardera and Mas de Dalt are the four hectares of the firm’s own vineyards, planted mainly with the variety Garnacha Tinta. Thus far, they only bottle wine obtained from the fruit of Guinardera Estate, exposed to the sun and the four winds, which ensures optimum ripening. The Balaguer i Cabré family also owns the restaurant Piró and the store Bonviure, in Gratallops. Both establishments complement the winery’s wine tourism offers. In the restaurant one can enjoy samplings with tapas. At the store guests can take part in a free wine tasting after touring the small family-run winery.