…., we should never underestimate the importance of the sea, especially when it comes to its influence on the vineyards, and as such, the final product. Vinyes del Terrer is a clear example as to that fact, and here, the sea helps to secure high quality grapes, which suffer less from humidity and hence fungal diseases. We should also remember the history and the great role played by the Mediterranean for the sake of spreading our beloved Vitis vinifiera throughout the countries of the middle sea.

The culture of the ancient Phoenicians was one of the first to have had a significant effect on the history of wine. It was a civilization centred in the northern reaches of Canaan along the eastern shores of the Mediterranean Sea, in what is now Lebanon. Between 1550 BC and 300 BC, the Phoenicians developed a maritime trading culture that expanded their influence from the Levant to North Africa, the Greek Isles, Sicily, and the Iberian Peninsula. Through contact and trade, they spread not only their alphabet but also their knowledge of viticulture and wine making, including the propagation of several ancestral varieties of the Vitis vinifera species of wine grapes.

The Morell family vineyard estate is comprised of nine parcels totalling seventeen acres in the outskirts of Tarragona on the Mediterranean coast. Defying urban sprawl, the vineyards lie within a mile and half of the sea, their soils composed of calcareous loam derived from shell (fossil) limestone, known locally as lumaquela.

The lumaquela is a biochemical, non-detrital, sedimentary rock. A type of limestone which keeps decomposed remains of living organisms, i.e. fossils and shells, hence its other name, or fossiliferous shell rock. The overall colour is light soil, like any common limestone, but can present various colours like for example black, which is best seen in shells or fossils, they usually have the characteristics of tile features, used for decoration and construction of houses, the colours it presents, are being polished to increase brightness.

The heat-mitigating sea breezes and the singularly mineral soils motivated the Morells to perennially dedicate their parcels to gape growing, with the objective of producing wines of the highest and most expressive level. With the encouragement of experts and in recognition of the estate’s unique viticultural gifts, TERRER (terroir) was the clear choice of name. 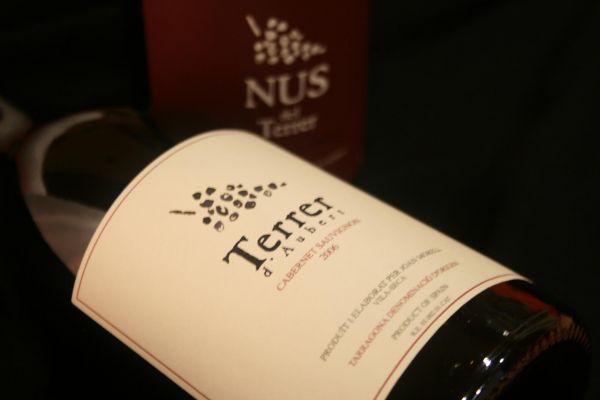 Red varieties grown are Cabernet Sauvignon and Garnacha, vines between 15 and 25 years of age. Viticulture is sustainable and yields are held to a scant 1.5 tons per acre. Careful berry selection is followed by natural fermentation and aging during approximately one year in seasoned barriques and 5,000-liter uprights of French oak, seeking minimal wood influence. 2010 represents a début of sorts, the first vintage produced in a new bodega facility in the heart of the estate. 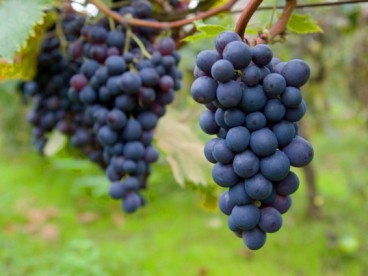 The Vinyes del Terrer is a property that occupies seven acres of land south of the historic area of ​​Tarragona, in the municipality of Vila-Seca. The vineyards are timidly risen 20 meters above sea level and just two kilometres from the Mediterranean, where the farm enjoys a climate with sunny days and gentle sea breezes. It has temperatures without extreme changes, with annual average of 15ºC. The vineyards get about 2,600 hours of annual sunshine and rainfall is quite sparse and sporadic. Such climatic features provide the freshness necessary to offset the hot summer days so that the grapes achieve optimal ripeness. 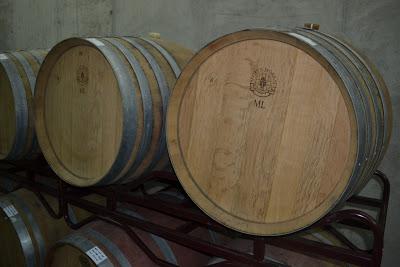 The property of Vinyes del Terrer is a flat farm with lumaquela soils rich in silicon, which offer each vineyard of the Terrer its own character and the personality of this unique type of terrain. This peculiarity influences the contribution of mineral terroir heartened by marine sediments accumulated over millions of years. The ambition is to conserve the mineral character throughout the production process, so that the wines reflect the original richness of the terroir. 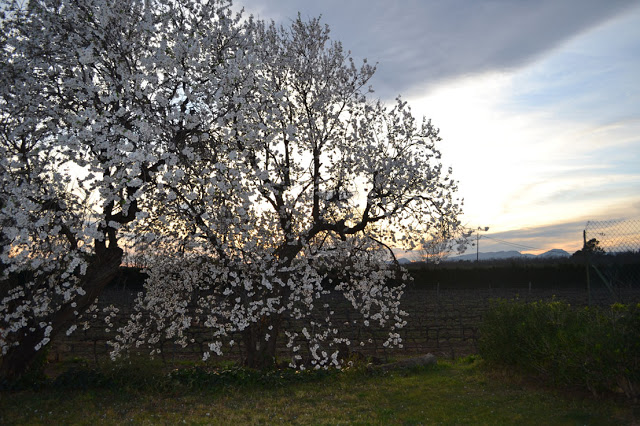 The wines of Vinyes del Terrer are made exclusively from grapes from their own estates. With a limited production of Cabernet Sauvignon, Garnacha and the varieties Sauvignon Blanc and Muscat, all the products are made with their own grapes. Right now, Vinyes del Terrer grown grapes in nine partitions, all falling within the seven acres of vineyards owned by Vinyes del Terrer, which has become a distinctive brand that gives us wines, rich in character. 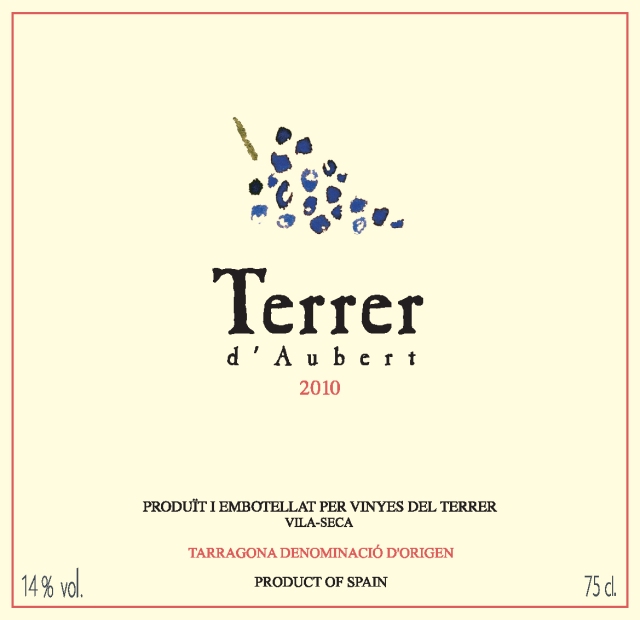 Made from old Cabernet Sauvignon vines and aged in used French oak. Deep ruby color, bluish edges, with nice tears. Pungent cherry and dark berry scents, plus notes of tobacco and dried flowers. Blackberry and bitter cherry flavors give way, after aeration to brighter red fruits, with juicy acidity providing elevation. Closes with tooth-dusting tannins and very good, fruity persistence. A lovely approach to cabernet and it certainly has the necessary structure and balance to age.

What a day for a daydream!

Sometimes, and sometimes way to often, I manage to find wine that checks all the boxes. One I haven’t heard about previously and as such not tried before. One that is tasty, one that is affordable, one that is red, one that has a really nice label and one that is from Catalonia, well, the last tick is frequently the case. At least during the last few years. 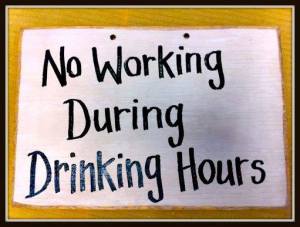 Having started a chapter, in Barcelona, of a non-profit wine club that originated in Sweden in the 1950ies, I have plenty of opportunities to try wines from countries all around the world. It is the within the statues of the club, to educated oneself and the members, and to do so in a way that promotes wine in a sensible manner. The additional bonus is my work, which is wine travel. Since my company is based in Catalonia, it is not strange that I have to try lots of Catalan wine, and I enjoy that part of my day to day, very much! Now that is what I call the SweetEasy Lifestyle! 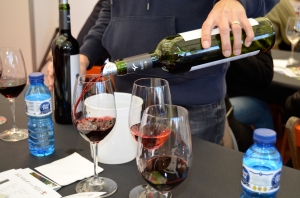 After a full day of adventures, winery visits, cultural explorations and sometimes even a Segway tour it feels like luxury to sit down for a proper dinner together with friends. Even though every winery visit and every professional tasting is looked forward to, because they all share their dreams and visions with me, I need the down time. Now, it really varies what that can consist of. A good book in front of the fireplace, with a glass of Port. Movie time, classic black and white, with a glass of tasty Priorat or simply a five course meal with some like minded wine lovers and a few glasses of some new wines. 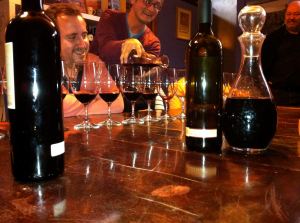 Best way to enjoy wine, is with like minded wine lovers!

The important thing is to feel that one doesn’t have to work constantly. The wineries I visit are found in different ways. Recommendations are received all the time, sometimes bad but mostly really good and some of the gems I have found come through such channels. Internet search, of course. Way impersonal but work is work! Fairs off course, personal but a little bit stressed feel to it. Restaurant visits, check the wine list and make sure you don’t pick a wine you have had before and preferably from a denomination of origin whit less wines tasted in the notebook. 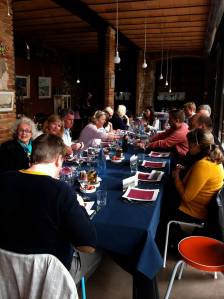 Our wine club in action!

So, this wine was tasted for the first time at a really nice restaurant in Tarragona after a full day of activities!

Whoops, long intro to lead to Rombes d’Arlequi 2010 from Mas Vicenc Celler. Here come the story of a serious wine but to be enjoyed as a Commedia dell’arte. Harlequin inherits his physical agility and his trickster qualities, as well as his name, from a mischievous “devil” character in medieval passion plays. The wine shows similar characteristics.

The cellar of Mas Vicenç is located at the North of Alt Camp in the D.O. of Tarragona. Here the Mediterranean weather provides highly favorable conditions for growing vineyards.

Vicenç Ferré bought a traditional Catalan house in 1953 which was named afterwards as Mas Vicenç. Since then, four generations have already passed through the vineyards, each of which have taken on important roles in the cultivation and winemaking. 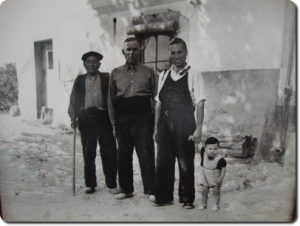 In modern time, more effort has been put into the winery, even though the heritage form the basis set in the history of the company. By 2005 it was the older son of the fifth generation, the also named Vicenç Ferré, that took over the rains. His studies and experience in the region of Priorat and the South-east of France cultivated a passion towards the wines that was later transformed to the project of Mas Vicenç. Young, enthusiastic and passionate family feel to the place, and that shows in the wines. 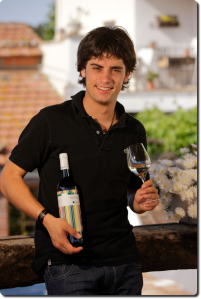 Vicenç Ferré Morató was born in Tarragona and grew up in Cabra del Camp. He is the son of a family dedicated to the vineyard’s cultivation and he learned what is required to look after the vineyards. In 1999, Vicenç began his specialised studies at the School of Enology in Falset, Priorat. During his studies, he worked at the Cooperative of Falset-Marçà (D.O.Montsant), the winery Fuentes (D.O. Priorat) and Concavins (D.O.Conca de Barberà).

Once the academic course of enology ended, his professional life continued in France. For duration of nine months, Vicenç was working in Chateneuf du Pape next to the revolutionary and well-known winemaker Michel Tardieu. In May of 2004, at the age of twenty-one, the young winemaker began to lead the prestigious winery and vineyards of Bodegas Mas Alta in the region Priorat. A year later, he decided to combine the management of Bodegas Mas Alta with the start of his own project, Mas Vicenç in Cabra del Camp.

In 2009, Vicenç decided to leave the project in Priorat to concentrate solely on his winery, where he develops his creativity and applies his experience. Nowadays, Vicenç manages the family company Mas Vicenç being in charge of the technical and commercial departments. 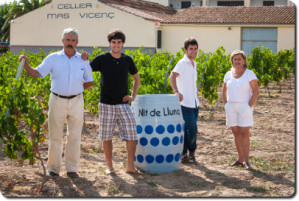 In total the production consists of three whites, three reds and one olive oil. A lot of wine producers find their style, both when it comes to the actual wine but also when it comes to the design of the labels. Creating identity that is easily recognizable is the key. Mas Vicenc has chosen an alternative approach. Just by looking at the labeling it is not easy to conclusively say that all the wines come form the same winery. Tasting the wines just enhances the first impression. Good or bad? I’d say, different! And for me, different is good!

Medium ruby red color with violet rim. The nose indicates candied plums with vanilla and spices as well as toasted coffee, it is quite elegant in its structure and it keeps growing. Its palate is fresh and has some volume, slight notes of red berries, certainly blue berries with a balsamic end. It has a pronounced flavor, good structure and medium long aftertaste.

What a day for a daydream!